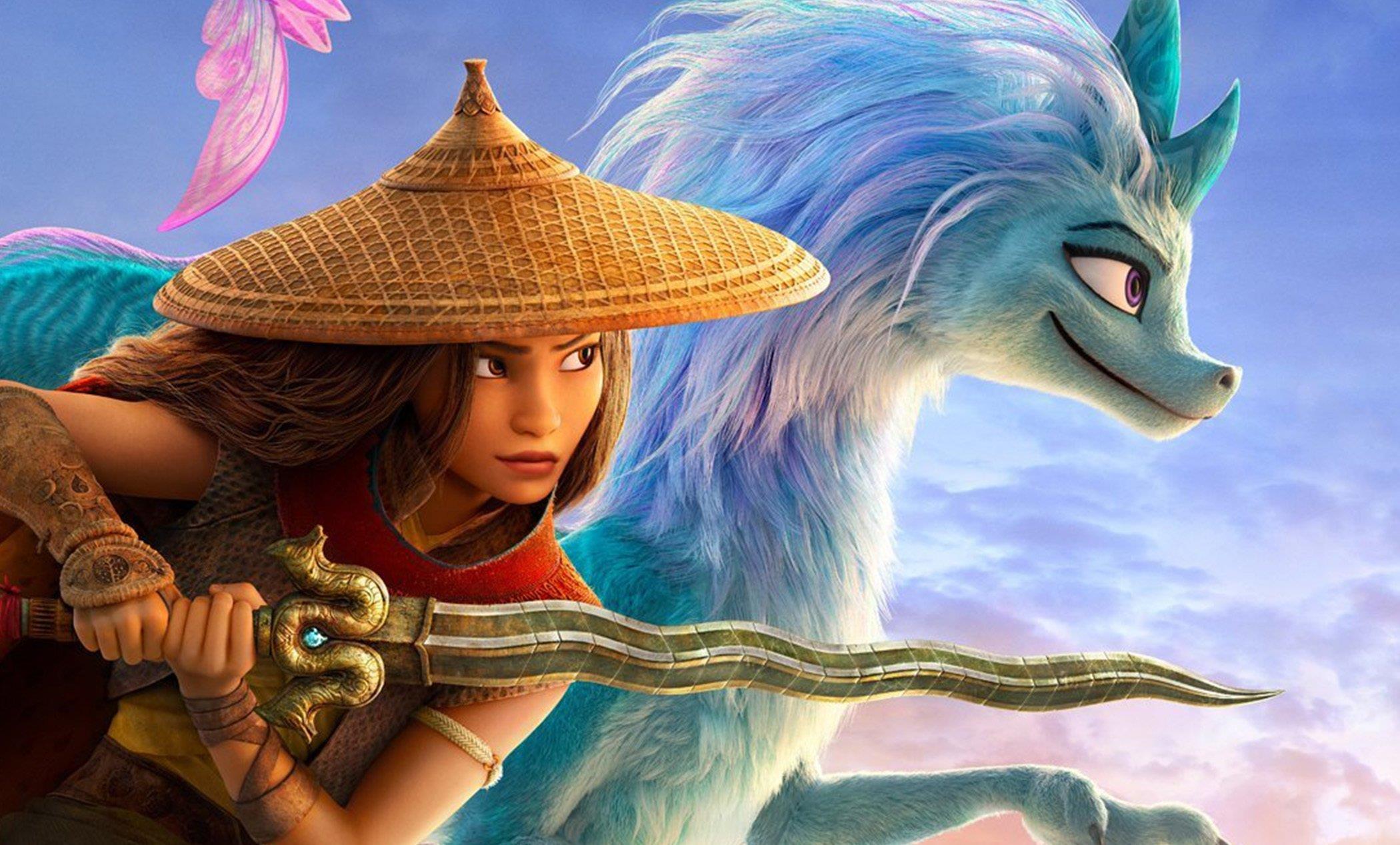 Raya and the Last Dragon is a gem from The House of Mouse. It is a celebration of Asia with a deep influence from the Southeastern Asian cultures. I thoroughly enjoyed this masterfully made film, it is gorgeous, exciting, funny and has a great central message.

The land of Kumandra was once united with humans and dragons living together harmoniously. This was all torn apart when the Druun monsters ravaged Kumandra five hundred years ago. Humans and Kumandra were saved by the dragons, but at a high cost – the only thing protecting Kumandra from the Druun is the Dragon gem. The people of Kumandra have split into five different tribes who distrust each other. When the chief of the Heart tribe, Cheif Benja (Daniel Dae Kim) tries to reunite the tribes, things go awry and the Druun return. Years after that, Benja’s daughter, Raya (Kelly Marie Tran) goes on a quest to find the different pieces of the Dragon gem and hopefully drive away the Druun.

The voice acting in Raya and the Last Dragon elevates the movie. Awkwafina is absolutely fantastic as Sisu the Dragon. Kelly Marie Tran is great as Raya. Benedict Wong brings such playfulness to his character Tong, who strangely looks like one of the characters out of Tangled.

The gang of characters are also memorable. Sisu, Tong, the baby, the monkeys, Boun the shrimp kid, the guy who was bringing flowers and even Tuk Tuk.

There is a recurring message of trust in the movie and this message is handled quite well. Throughout the film, the actions of the characters and the symbolism subtly (and sometimes not so subtly) explore what trust is, how it is earned, how it is destroyed and how our preconceptions shape the level of trust that we give to others before even getting to know them. Notice the hand gesture that is made by humans when they bow to the dragons which resembles a circle – which I took to symbolize the Circle of Trust.

Raya and the Last Dragon is well worth watching for the story, the characters, the wonderful voice acting, the visuals and the uplifting theme of trust and honesty. Highly recommended.