Here’s the thing about Speed Racer, if I hadn’t watched the cartoons, I would not have enjoyed this film. But because of experiencing the original cartoons, I do really appreciate Speed Racer and how it was made. The movie perfectly captures the silly campy feel of the cartoon.

Speed Racer (Emile Hirsch) comes from a family of racers (it’s in their name!). His Pops (John Goodman) is an independent race car engineer and has created famous winning cars. The main story of the movie follows Speed as he is is courted by a corrupt billionaire tycoon Royalton (Roger Allam) who is more interested in selling his engines than actual racing as a sport. There is a side story about the mysterious Racer X (Matthew Fox) and him investigating corruption in the racing league.

I really like Speed Racer and found the movie quite enjoyable. The green screening seems intentionally awkward. The races are edited and cut with a certain energy. The races are insanely watchable and it was easy to keep track of what was going on. The bright colors and out-of-the-world designs of house interiors, buildings, cities and most especially the race cars are so fantastical that it is hard not to look away from the screen – considering the movie has a heavy runtime of two hours and fifteen minutes. The Casa Cristo race is vivid and visually stunning both in the way the cars look and how they move. The same can be said about the Grand Prix at the end of the movie. The movie is the purest form of a live action cartoon – there is a feeling of it being unreal and the Wachowskis have embraced that feeling and amped it up. It is a sensory overload watching this film and that is grand.

One shortcoming of the film is the convoluted story, which could have been streamlined and in return the running time could have been shortened. Even after multiple screenings, I still can’t figure out what really was going on. But, that’s all okay, the racing is enough to keep me distracted. 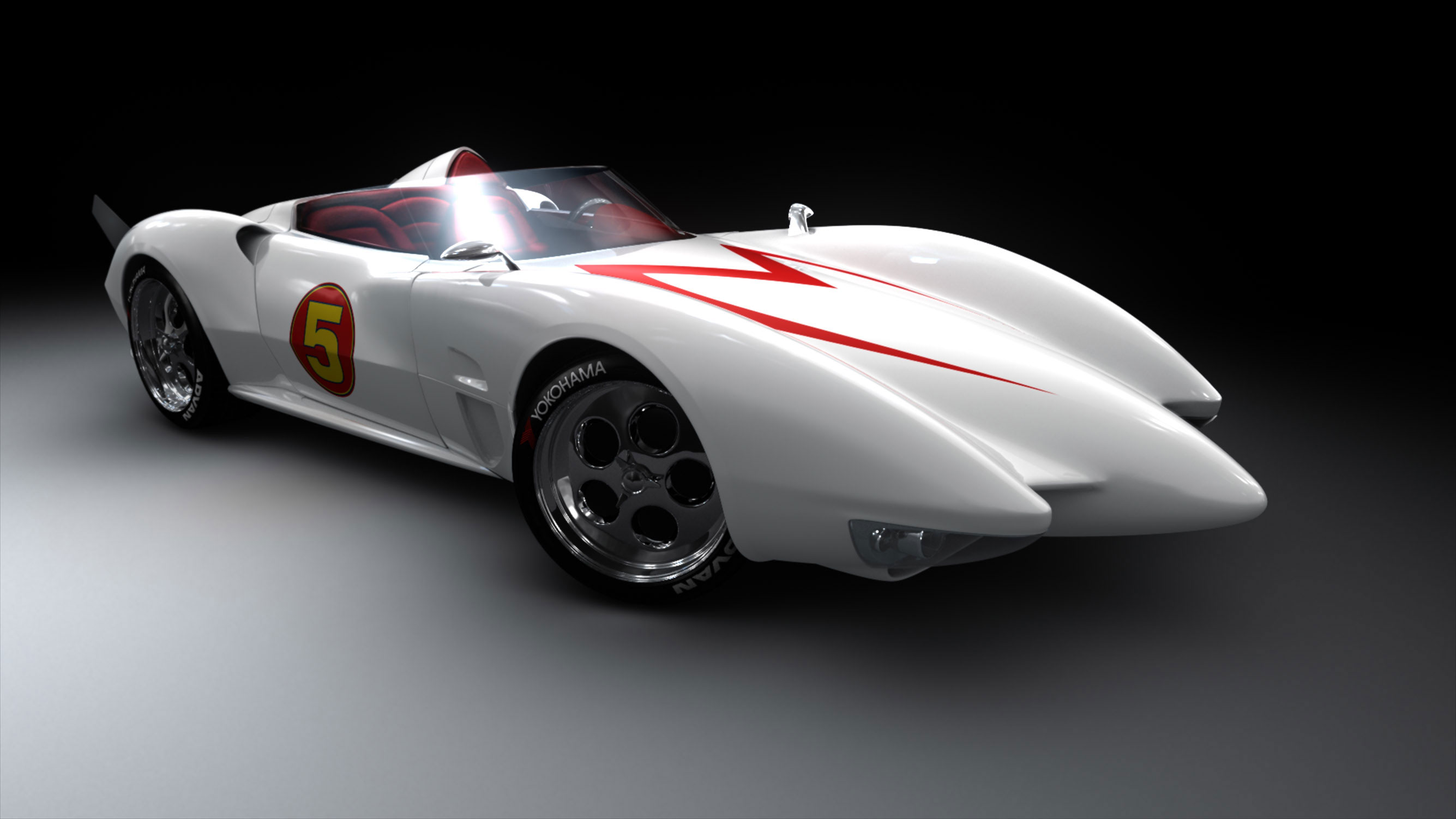 The Mach 5 looks beautiful in the movie, a genuine real-world build of a cartoon car. While the Mach Six is cool in the film, the Mach 5 is the true winner.

Poor Matthew Fox, hidden behind the mask for most of the movie. Emile Hirsch, Christina Ricci, John Goodman and Susan Sarandon are all good in the movie. The standout performance is Paulie Litt as Spritle plus Willy & Kenzie as Chim Chim. The credit sequence with Chim Chim is delightful.

The ever reliable Michael Giacchino does a great job of incorporating Nobuyoshi Koshibe’s original Speed Racer theme into the score for this film.

The Wachowskis created a style for this film that is undeniably original and very memorable. And while the script maybe a bit convoluted, the action (ninjas!) and racing in the film make it ever watchable. This is the closest thing to a live action cartoon that I have ever experienced. Well worth a watch.