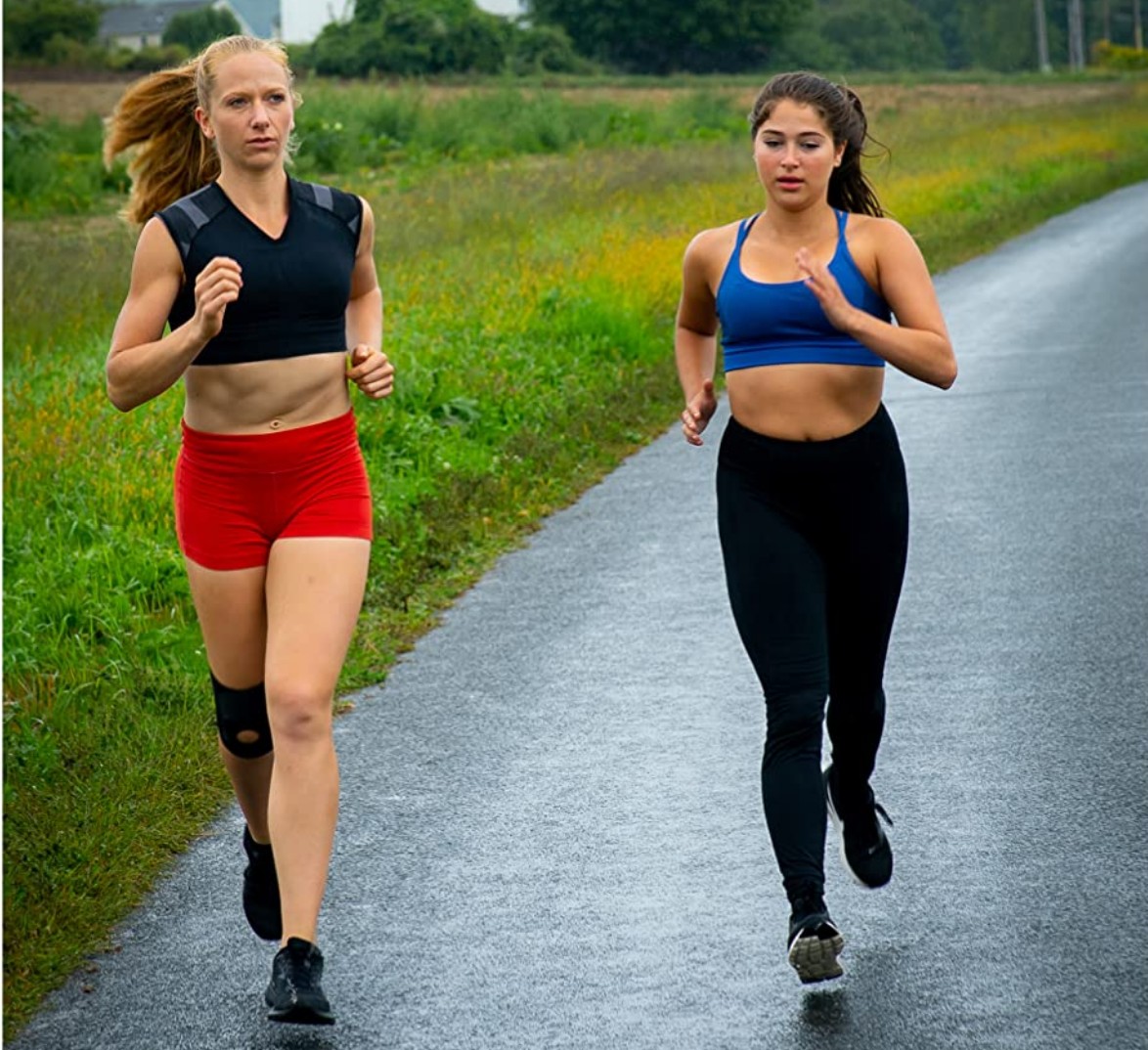 Strider is a straight-forward, yet unconventional sports movie and I appreciate that.

Jody (Yelena Friedman) is a lonely teenager who likes to run. During a regular run, she is spotted by a down-on-her-luck coach, Hannah (Maggie Alexander). Hannah convinces Jody that she can be a competitive runner and starts training Jody through the summer so that Jody can enter the Pinnacle Games. The movie also shows Jody’s family – a caring and supportive Dad (Scott Lewis) and two unruly brothers. She meets a boy at the start of her training and the two fall in love.

Together writer-director Mark Lewis and cinematographer Ryan Balas put together a film that feels raw and intimate. I did like Balas' work throughout the film, though there were definitely some rough spots – the standout one being how he shot Jody’s boyfriend reading his poem to her. The drone/aerial photography by Karleah Del Moral elevates this film and makes it look like a film with a much higher budget. Kudos to Karleah Del Moral.

Friedman is charismatic and steals every scene she is in. The rest of the cast is hit or miss. Scott Lewis was a bit wooden at times. But Scott Lewis was otherwise great as Jody’s dad. Alexander was good as the tough-love coach, though she too was a bit stiff. The scene when Dad meets Coach for the first time felt very awkward and stiff. The one sore thumb in the whole production was Josiah Schneider as Jody’s boyfriend Tim. He was too over-the-top and it would have done him good had he reigned in his performance.

The script by Mark Lewis tells a good story and I liked it. I really liked that he developed the characters and built the relationship between coach and athlete. I also like that the ending of the film is not what one would expect from a sports film. I appreciated that he did not go down that well worn road of what other mainstream sports movies have been doing for years. Instead Mark Lewis' script gives the audience an ending that is realistic and more believable. His characters and the way that they interact together feels natural – except for the scene when Dad first meets Coach. The dad’s dialogue there felt unnatural, a bit forced and quite preachy.

At 85 minutes, the movie is very lean. I do wish that the movie was longer so that it could develop some of the ideas that are floated throughout the film. I would have liked to know why Hannah is unemployed and unemployable. Was it because she’s picky about jobs? Was it because she’s holding out hope of finding that one great athlete? I’d really like to find out what happened to the athelete she was training prior to Jody. One of the characters made mention of this prior athlete, but it was not really fully explained.

I like to run and do it everyday. This movie understands what running is and why people run – that part of the film was spot on.

I liked Strider. It is a small intimate film that has a rawness which makes it very engaging.