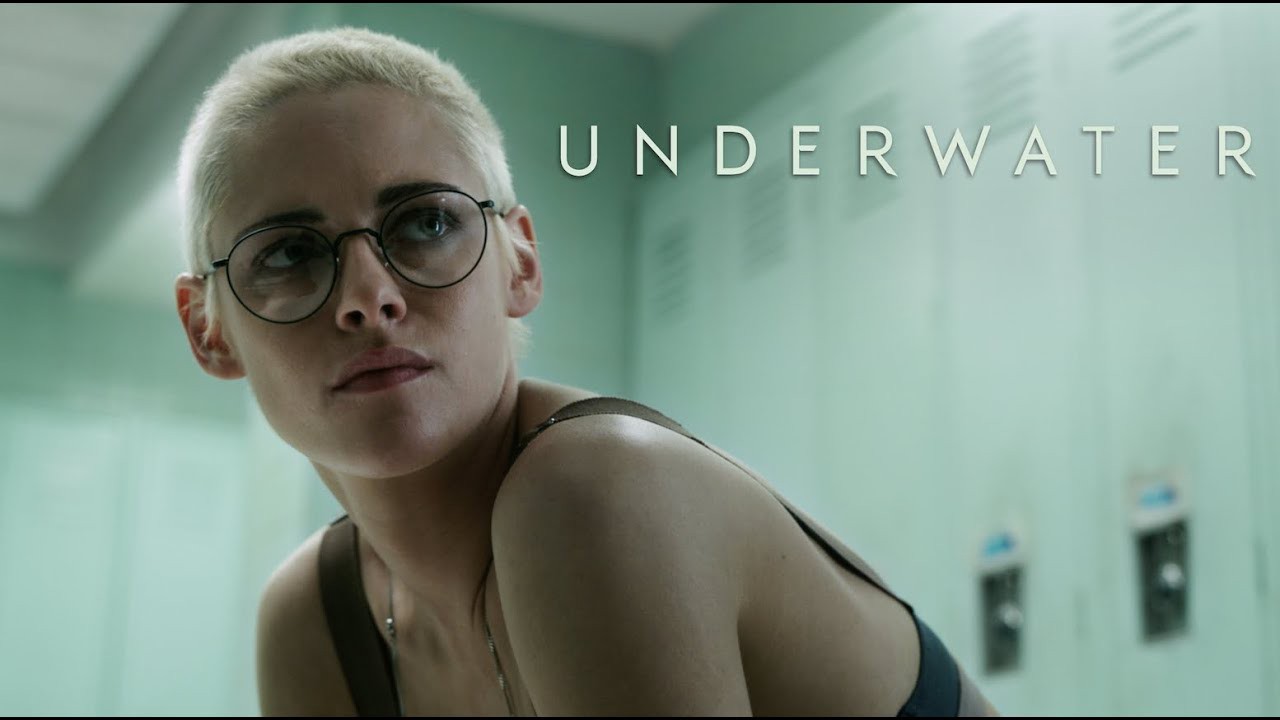 Underwater is a derivative film that borrows from many films, though it is unable to be as good as any of the movies it pays homage to. It liberally borrows from James Cameron’s Aliens and The Abyss. It borrows from Guillermo del Toro’s Pacific Rim. It even has a scene that tried to capture the spirit of The Martian. And there are bits of Lord of the Rings in Underwater. That being said, at 90 minutes long there isn’t much to dislike about Underwater. As a simple creature feature, it is undeniably effective in its scares and is helped by pacing that kept it moving along at a quick clip from start to finish.

Underwater follows Norah (Kristen Stewart) who is a mechanical engineer on an enormous underwater research facility. As the movie opens, the underwater rig experiences some technical difficulties and sections of it start to implode. We follow Norah and the other survivors as they try to get to escape pods that are across the sea floor in a different building.

The film is claustrophobic and, unlike Cameron’s The Abyss, never leaves the six survivors for scenes on the surface. The film looks great, even if it has some moments of muddiness that casts the action into unfollowable darkness. The underwater scenes that were filmed dry-for-wet (in other words, they were not really underwater) are super impressive as these underwater scenes look genuinely real.

A creature feature requires that the creatures be formidable and memorable. Unfortunately, the creatures of Underwater are rather generic.

The characters in the film are, for the most part, cardboard cutouts. But, the A-list cast give it all they can and make some of the characters memorable and likeable. Kristen Stewart is good in the film, though she isn’t given much – and what she is given is a bit muddled. T.J. Miller and his rabbit made the biggest impression because they are hilariously funny. John Gallagher Jr. is super likeable in his role which isn’t much. Gallagher’s charm worked wonders to make the character memorable. Jessica Henwick’s character is given a character arc that is not very well developed. Captain Lucien (Vincent Cassel) seemed like he would have been an interesting character, but the character is woefully underdeveloped.

I liked how the film empowered women – there was a scene of two women dragging an incapacitated man across the ocean floor to save his life – instead of the other way around. I like that the writers (Brian Duffield and Adam Cozad) stuck with the “less is more” philosophy for the creatures. We get ideas from the Emily character about what the creatures might be and why they are coming out now. But, there are no specifics given. This is much like the idea behind the Xenomorph in the original Alien film (and unlike what Ridley Scott was trying to achieve with the recent movies in the Alien universe).

Underwater didn’t do well in theaters and suffered from bad reviews. I think reviewers were a bit harsh on the film. Yes, it has plot holes and thin characterizations, but the special effects are good and the movie moves along rather quickly. It is an entertaining film as long as one comes into it with the right expectation that this is a B-movie creature feature and that’s it. I enjoyed Underwater and recommend it.

Watched at home streamed on Vudu.

The large creature at the end looked like it came straight from Pacific Rim.

The backstory that was created for Norah was not very well told – especially in the beginning. After multiple viewings, I still don’t understand why she clutches at her chest. I understand why the writer put it in there, in order to give more weight to the Emily and Smith relationship at the end, but it didn’t work out that well.

The script for the film seemed like it might have been longer in some previous drafts. The above mentioned backstory for Norah and her fiancée felt like something that could have been expanded upon.

Captain Lucien had some backstory included in some scenes, for example with what Norah finds his old locker and there could have been some interesting explorations of the Lucien character from this discovery. I think that character would have made an interesting character had they invested more time with him.

The ending sets things up, barely, for a sequel.

Fun fact: This was the last movie to use the studio name “20th Century Fox”.