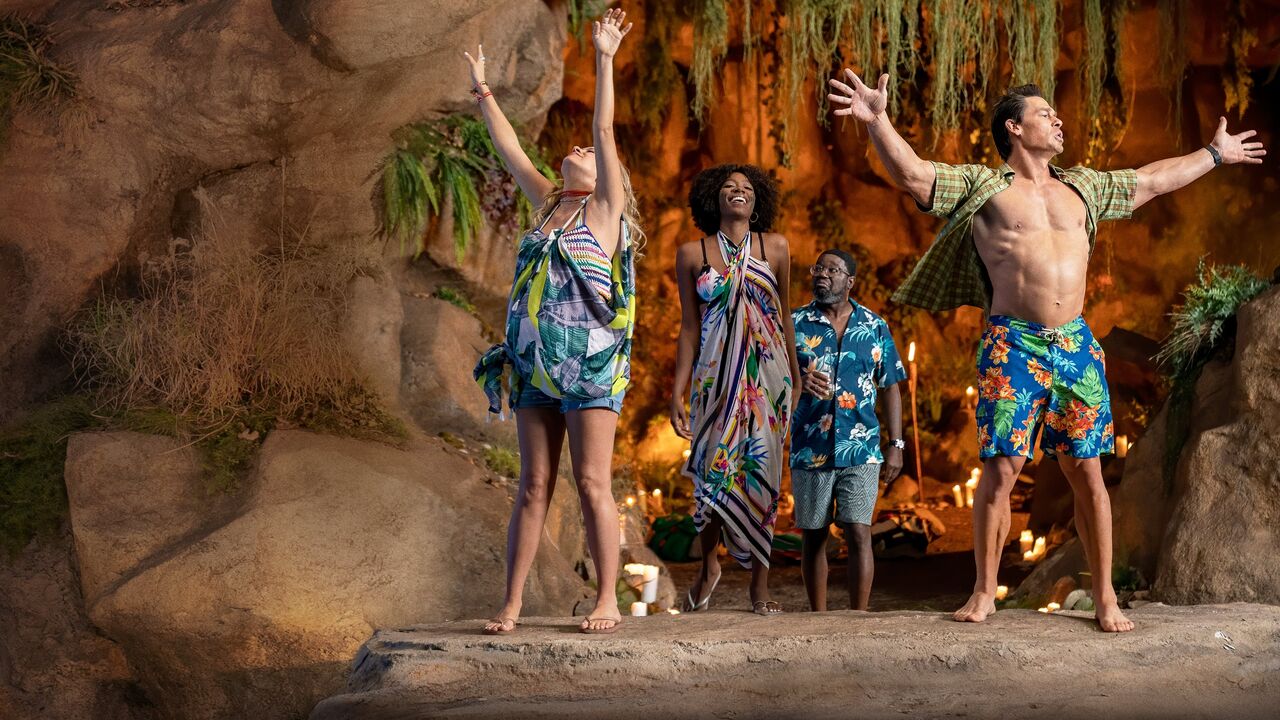 Some times I want to sit down and enjoy a movie that is not too serious. I don’t have to think too much and I want to sit, be entertained and have a good laugh. Was Vacation Friends able to do that?

Uptight Marcus (Lil Rel Howery) meticulously plans a Mexican vacation where he plans to propose to his girlfriend Emily (Yvonne Orji). Things go awry and they end up spending the week staying and partying with a crazy free-spirited couple – Ron (John Cena) and Kyla (Meredith Hagner). During this week of partying, things happen that will forever change their lives, especially when Marcus and Emily have their wedding back at home.

This movie is so funny and entertaining because of John Cena. The man is a comedy genius. His comedic timing is spot on, his facial expressions are hilarious and he’s just very loveable in the film – no matter how flawed his character is. Kudos to Cena.

Lil Rel Howery is also hilarious in the film. He is just as high strung in this movie as he was in Free Guy. Meredith Hagner has so much energy onscreen, it’s fun to watch her every time she is onscreen. Worth mentioning is Andrew Bachelor as Gabe, the brother who consistently gets beaten up (physically and mentally). The movie sets up that character to be unlikeable and I gloated inside every time he got beat.

The script from Tom Mullen, Tim Mullen and director Clay Tarver is farcical with some seriously quirky characters and crazy unreal situations – it all adds to the charm of the movie. More surprising was that near the end of the movie, it succesfully becomes quite sweet and emotional. The script has some great lines in it too including:

The only real complaint I have about the movie is that the pacing is uneven with some slow parts here and there – and that is surprising given the movie’s short one hour and 43 minute runtime.

Vacation Friends was raucous, hysterical at times and very entertaining. I don’t know if I would watch this movie again, but I thoroughly enjoyed it while I was watching it. This is a trip worth taking and if you’re looking for a fun, not too serious movie that will make you laugh, give Vacation Friends a try.