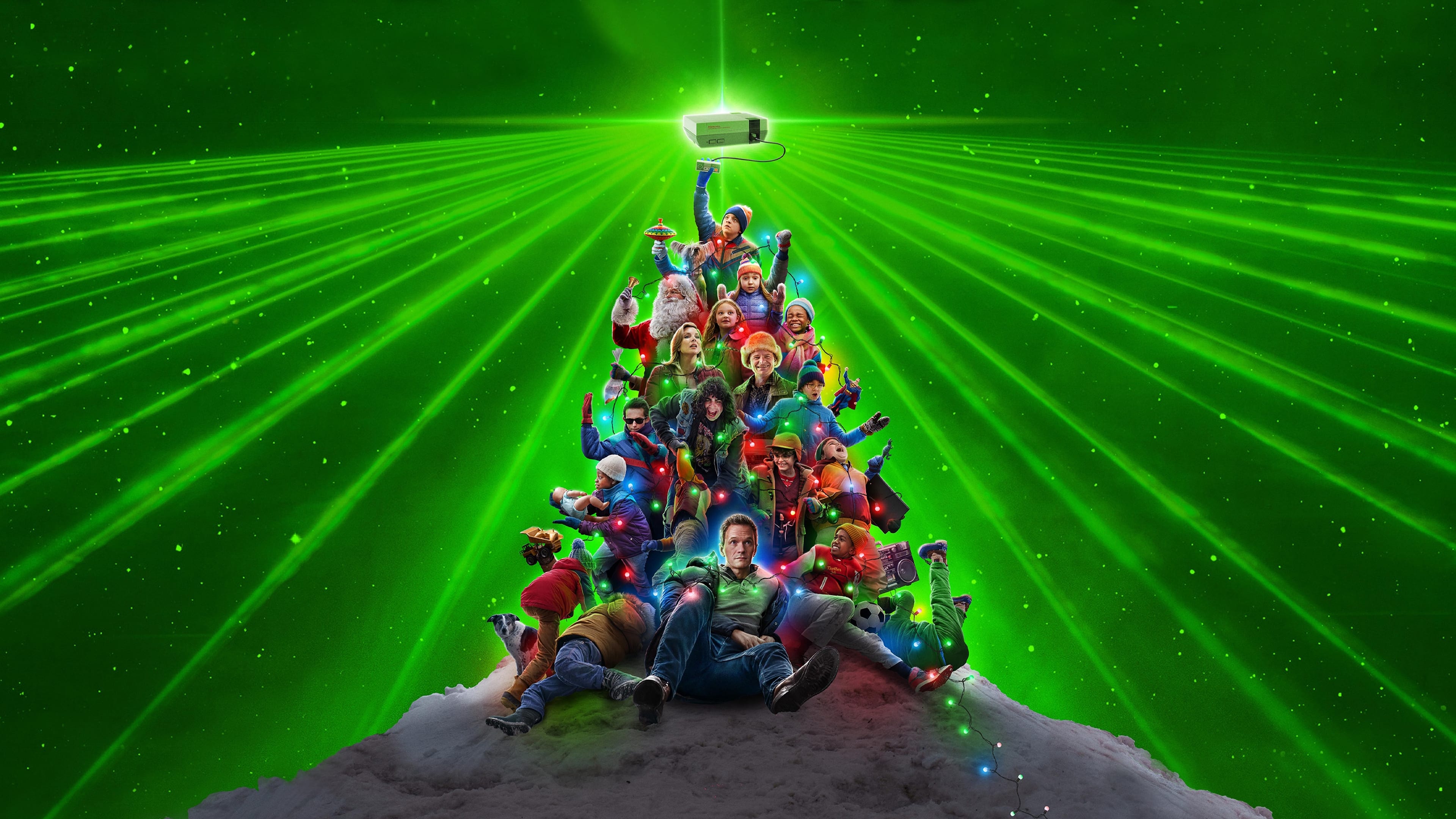 It is Christmas time and time to see what new Christmas themed movies are out. More importantly, which ones will be added to my regular rotation of favorite Christmas movies to watch each year – including, but not limited to: Elf, Home Alone (1 and 2), Die Hard, Last Christmas, Frosty the Snowman, A Charlie Brown Christmas and Rudolph the Red Nosed Reindeer.

8-Bit Christmas is a story told by adult Jake Doyle (Neil Patrick Harris) to his daughter Annie (Sophie Reid-Gantzert). Jake tells the story of how during the Christmas of 1988 (or was it 1989?) he was determined to acquire a Nintendo Entertainment System for himself and a Cabbage Patch Kid for his little sister. We spend most of the movie with young Jake Doyle (Winslow Fegley) and his eclectic family. His father John (Steve Zahn) is a constant home improvement guy who starts, but seemingly never finishes, projects around the house – and really loves his tools. His mother Kathy (June Diane Raphael) is a teacher who can’t multitask more than two things. And his sister Lizzy (Bellaluna Resnick) is quite a brilliant mind. And he has a crew of friends that he hangs out with at school and they all dream the Nintendo dream.

Neal Patrick Harris is good in the film. The real star of the movie is Winslow Fegley (who looks and somewhat acts like a minature Patton Oswalt). Fegley is the real lead of this film and he is fantastic. Of his ragtag group of friends, Farmer (Max Malas) is great as the liar. David Cross is also great as the Dealer with a heart. Steve Zahn, like usual, is an understated awesome in this film. He is so relatable and lovable in the film. He really makes the end of the film stick when it comes. I get why they had the characters of Jagorski (Cyrus Arnold) the oversized bully and Timmy Keane (Chanlder Dean) the egotistical (and sociapathic) rich kid who is the only one in the neighborhood with a NES – they were the antagonists in a film that would not have had one otherwise. But, the two characters felt out of place and for laughs, they did not generate much.

8-Bit Christmas leans hard on nostalgia. As a kid of the 80s, I knew exactly how desirable an NES was and how hot Cabbage Patch Kids were. In that respect, the movie worked as a whole. But, I wonder how effective the movie will be for any generation before or after the generation that were kids of the 80s.

The movie had some memorable and quite hilarious moments. The talking Nintendo completely illustrated what a Nintendo Entertainment System was like for me as a kid. And I’ll never look at Spaghetti O’s the same way ever again after seeing this movie.

I enjoyed 8-Bit Christmas because it tapped into my nostalgia for the NES. This is a very earnest and enjoyable Christmas movie. I am not sure if I will add it to my regular rotation, but I am glad that I watched this movie and I would recommend it to any child of the 80s.