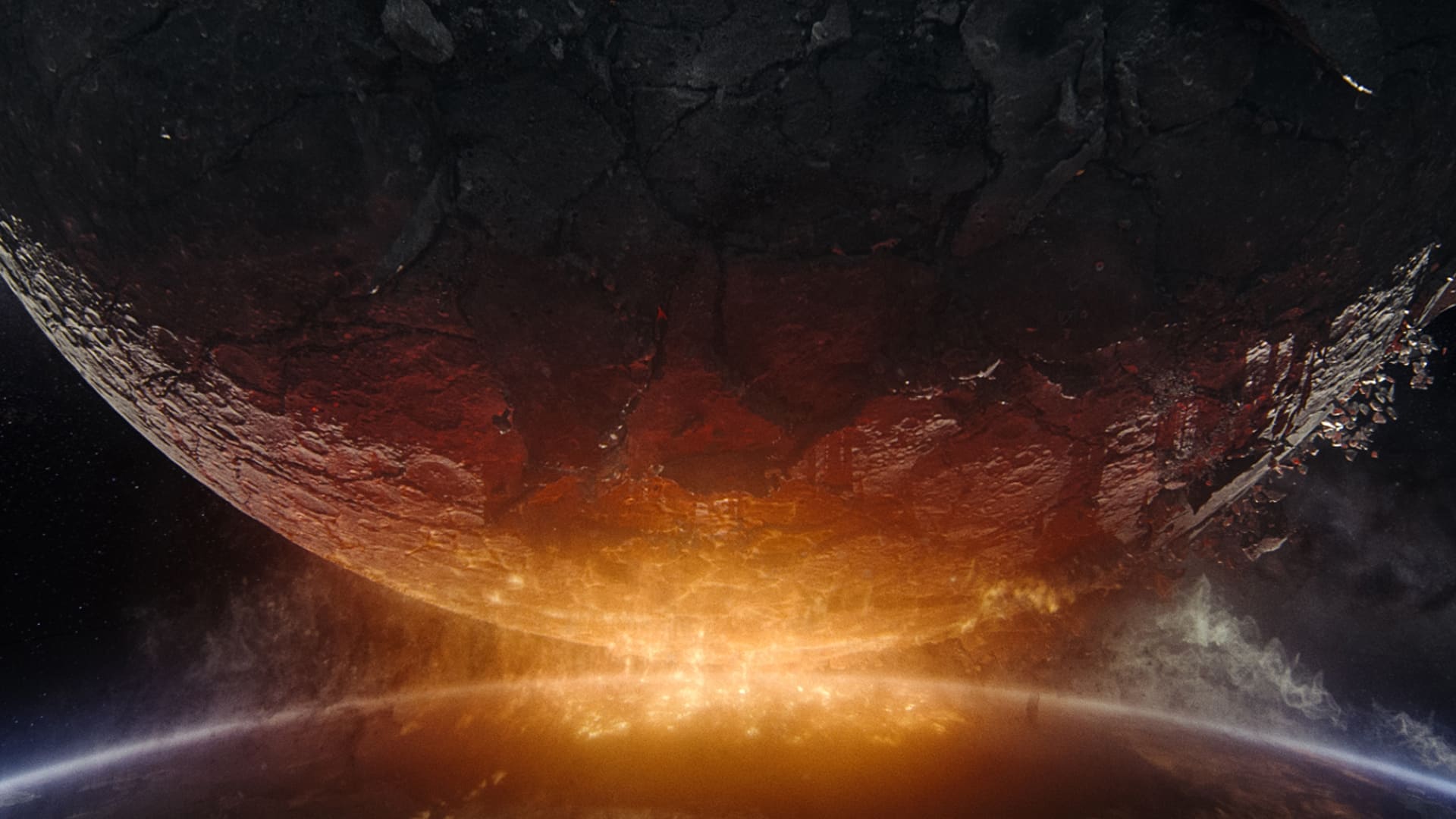 Roland Emmerich films are known to be high concept and big budget B-movies with flimsy characterizations and at times questionable special and visual effects. Moonfall is a greatest hits remix of Emmerich’s previous films featuring world destruction and aliens: both Independence Day films, 2012 and The Day After Tomorrow. There are scenes of destruction in Moonfall that feel directly ripped from those other films.

The Moon has changed its orbit all of the sudden and is on course to smash into Earth. Houseman (John Bradley) discovers the Moon’s orbit change earlier than NASA and he tries to warn NASA. No one at NASA is willing to listen to him because he evangelizes his belief that the Moon is an ancient alien mega structure powered by a white dwarf at the center. NASA administrator Jo Fowler (Halle Berry) is working to determine why the Moon is out of orbit and how humanity can save Earth. Disgraced astronaut Brian Harper (Patrick Wilson), who was fired from NASA because of an incident in space ten years earlier, is tapped to help save Earth after he befriends Houseman.

Oh, and like all of other Emmerich’s films, there are a space shuttle’s cargo bay full of uninteresting and underdeveloped supporting characters – a divorced wife, a divorced husband, a son that hates their father, Michael Peña as a rich car salesman and an exchange student who is a nanny that teaches Mandarin.

Dear Halle Berry, why are you in this movie? Why? She and Patrick Wilson are fine in the movie. John Bradley is the comic relief and also does fine. The ever entertaining Michael Peña is completely underutilized in the movie.

Watching an Emmerich movie requires one to turn off their brain and to not think too deeply about what is happening onscreen. But, there came a point in Moonfall where I couldn’t suspend my disbelief anymore. Physics? What physics? Things in Moonfall do not follow any rules of physics – mostly with how gravity works. The movie features a lot of lunar debris burning in the atmosphere and also shows the Moon scraping Earth’s atmosphere. Neal Stephenson’s 2015 book Seveneves had a similar concept and it was better thought out. The debris in atmosphere will eventually heat the atmosphere to the point where the atmosphere will catch fire in a cascading event and killing those on the surface and boiling off the oceans.

The special and visual effects in Moonfall were uneven. There were some spots where it was rather terrible, but there were other places where it was stunning – the scene where the Moon is rising over the horizon was well done as well as the scene of the Moon scraping Earth’s atmosphere. The action in the movie was run-of-the-mill. The movie could have been entertaining if it were shorter. At two hours, it runs way too long. Emmerich could have easily cut out most of the side stories – more specifically, the underdeveloped family stuff – the two divorced families and their journey could have easily been cut from the movie without losing any impact.

Treat Moonfall as a schlocky low grade B-film with some decent visual effects, turn it on and stream it in the background while you do other stuff and it could serve as a decent fun distraction.

Really one crazy guy is able to push a conspiracy theory on social media so quickly that panic around the world ensues? I don’t think so. The world is full of conspiracy nuts that have yet to accomplish that.

A white dwarf has the mass of the collapsed star which formed it. How could aliens build a structure around it? And how could humans fly so close to the white dwarf without being crushed like a bug?

Moonfall tells the story of Skynet, except Skynet was developed by our ancestors millions of years ago.

Out run an EMP? Sure why not? Moonfall levels up the outrunning a fireball shenanigans.