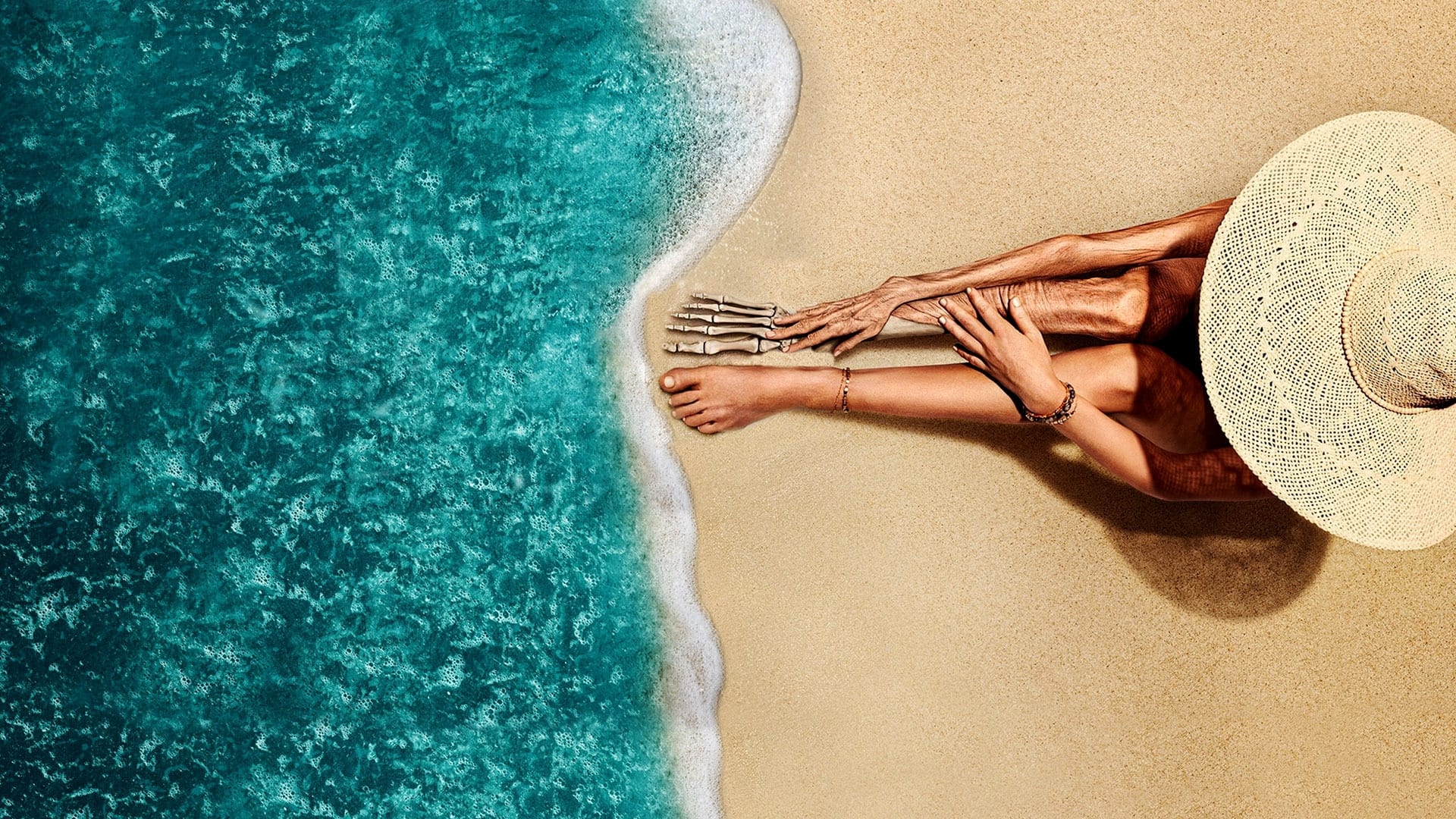 Old is based on a French-language Swiss graphic novel titled Sandcastle by Pierre Oscar Levy and Frederik Peeters. Was M. Night Shyamalan able to convert the graphic novel’s high concept into an entertaining movie or could Old have been better as a TV show episode?

A group of families win a vacation to a beautiful tropical resort. After arrving at the resort, they receive a custom drink based on their menu choices. Two families are invited to embark on a special excursion to a secret hidden beach that the locals do not know about. One family is dealing with a divorce and this looks to be their last vacation together – this family consists of Guy (Gael García Bernal), his wife (Vicky Krieps) and their two kids. The other family has a doctor (Rufus Sewell), his influencer wife (Abbey Lee), their young daughter and also his mother. When they arrive, they find a beautiful beach with high unscalable walls and also a rapper (Aaron Pierre) who is dealing with a constant bloody nose. A third family arrives later after things start to get weird.

By now, we all should know that a M. Night Shyamalan film should have at least three things:

Old, has all three. Two of the three drown the movie.

Old has a very interesting premise, but like a lot of M. Night Shyamalan helmed movies, the execution left a lot to be desired. The script, also by M. Night Shyamalan, is clunky at best. The dialogue is horrifically bad and a lot of times characters spent long moments giving exposition as dialogue.

The movie has too many characters and that leaves most of the characters underdeveloped and underused. This movie would have been much better had there not been a second family (the one with the doctor and his family). Their existence was mainly to add artificial tension to the movie and it does not work – rather it drags the movie’s pacing out to a crawl.

Characters act in unnatural ways, do unnatural things and say unnatural sentences. The characters in Old are not people, they are rather walking plot devices that open their mouths to spout off some inane bit of exposition.

The movie is both confoundedly ambiguous and overly concerned about explaining – doing both of those things in the wrong places and at the wrong times. The very last scene of the movie could have been cut and the movie would have been better for it.

M. Night Shyamalan again strokes his ego like he does with all his other films. Instead of short cameos, he has to have a spoken parts in his films. This time, he’s given himself a rather critical part. And he botches his scenes which completely pulled me out of the movie.

All of M. Night Shyamalan’s terrible filmmaking habits are on full display in Old and they ruin the film.

The twist was decent, but it took way to long to get there. The concept for Old would have been a decent episode of a sci-fi anthology show. But, at almost two hours long, Old overstayed its visit to the beach. I do not recommend Old.