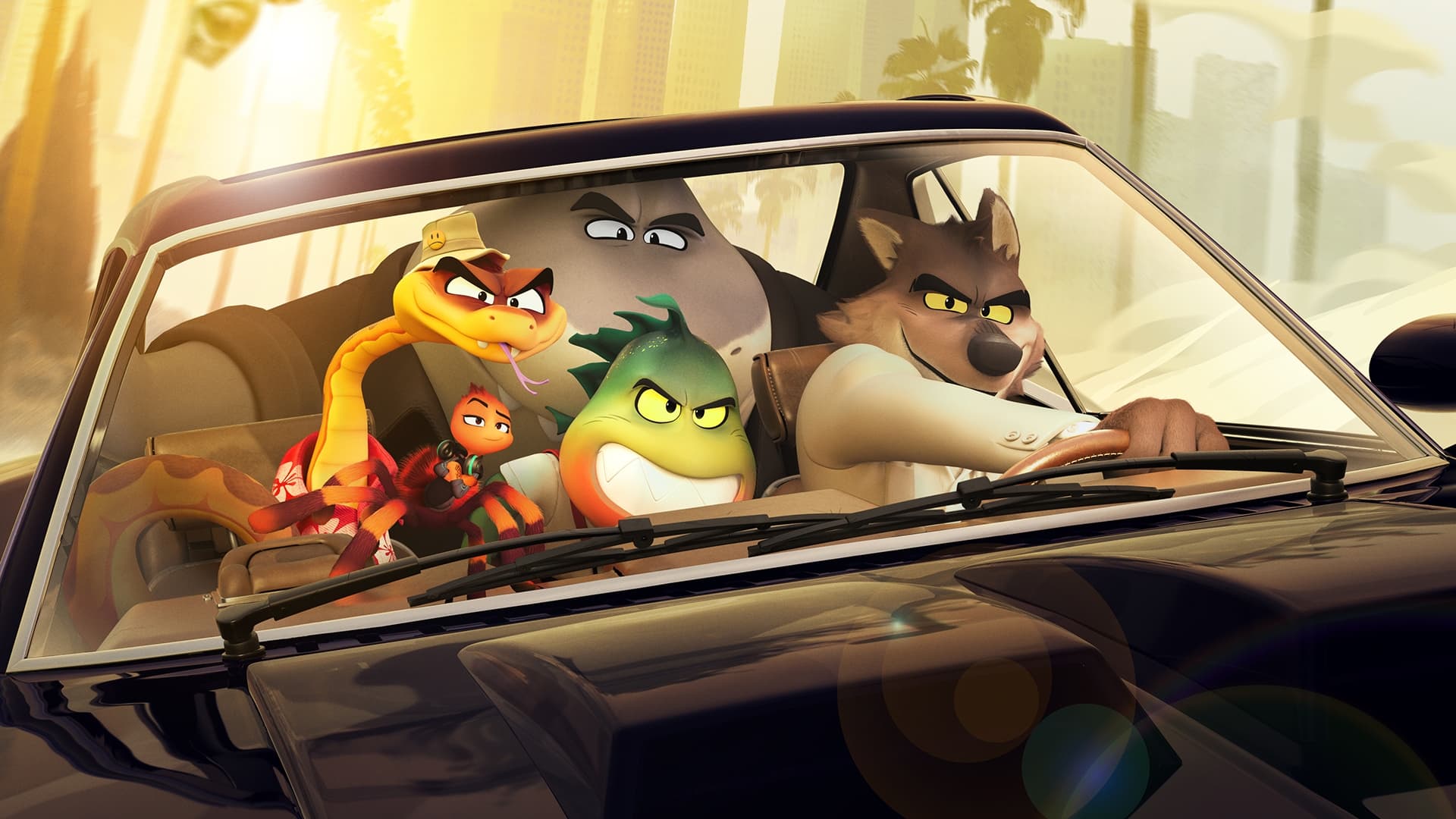 The Bad Guys comes along to remind us that there are animation studios that are not Pixar which are making great animated features.

Wolf (Sam Rockwell) and his crew are a bunch of bad animals – the crew consists of Snake (Marc Maron), Tarantula (Awkwafina), Shark (Craig Robinson) and Piranha (Anthony Ramos). As the film opens, we are treated to a high energy sequence in which the crew robs a bank and escapes an extended police car chase where Wolf breaks the fourth wall and tells us about being a bad guy.

The Bad Guys is one of a few animated movies for children that carries a message, but does it in such a natural way that it does not feel preachy. In The Bad Guys, the movie explores what happens when we are challenged about the image of ourselves that is based on what others perceive us to be – mostly from the way that we look. It looks at how we should not let what others think of us dictate what we do and how we behave. It also reminds us not to judge a book by its cover – and for sure not to judge others based on stereotypes.

The animation style of The Bad Guys is so unique. It is colorful, boisterous and a nice mixture of 3D animation with some 2D touch ups – it reminded me a lot of what Spider-Man: Into the Spider-Verse did. The animation was also tremendously energetic and makes the movie feel more frantic.

The Bad Guys is exceedingly funny and got lots of laughs out of me. The jokes all land and the characters are both endearing and hilarious. I particularly liked Piranha and his blunt way of getting things done. Shark being the master of disguise is also one of the funniest things I have seen. The rescue attempt at a facility using guinea pigs as test animals was pure comedy. Professor Marmalade is like a guinea pig version of James Cordon.

The music by Daniel Pemberton is reminiscent of his score for Ocean’s Eight in tone and feel, but it never feels like a copy of the Ocean’s Eight score.