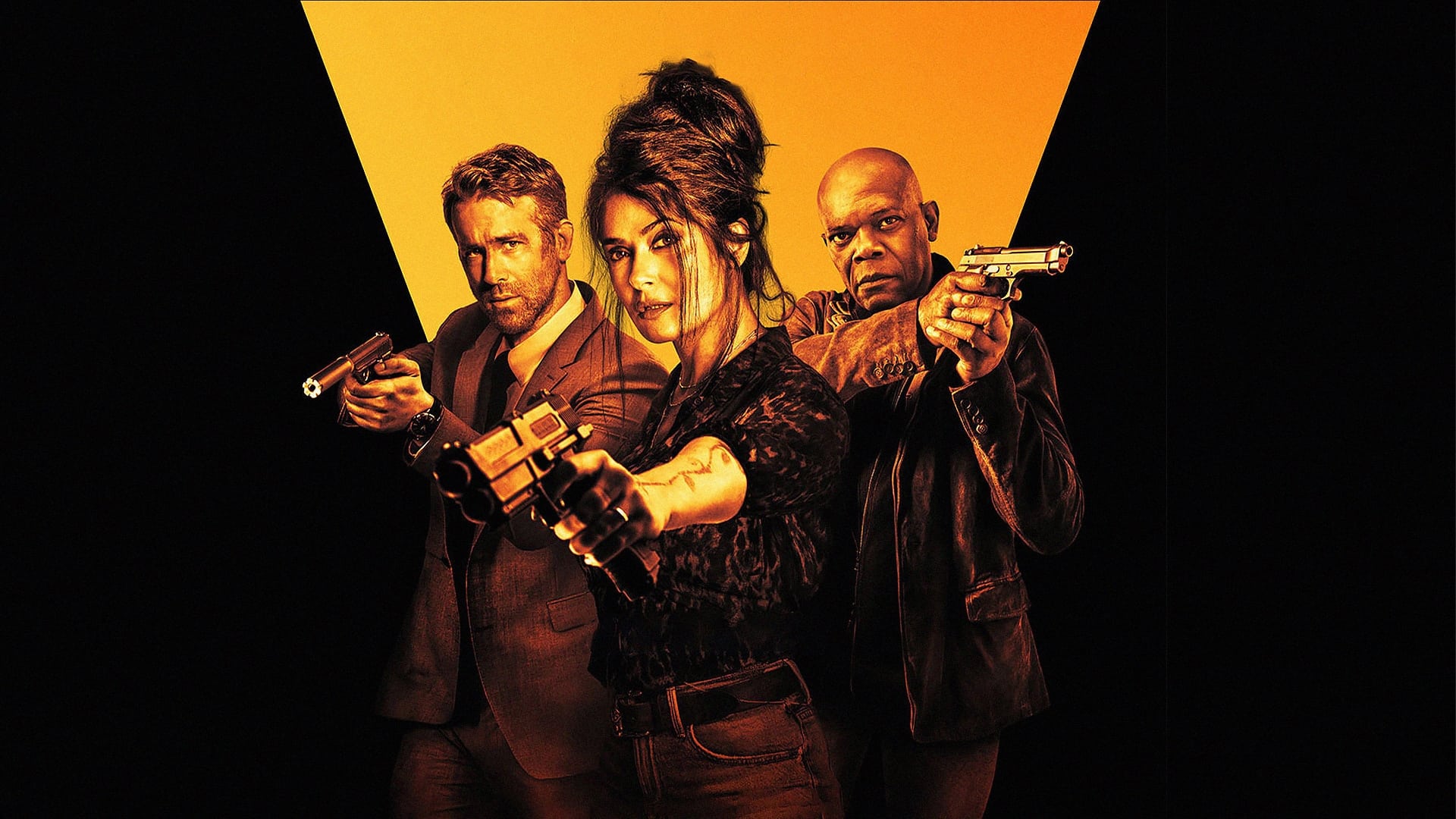 It took me two screenings of The Hitman’s Bodyguard to appreciate what it was: A violent, crude, profane and cartoonish action film. I came into The Hitman’s Wife’s Bodyguard with that exact same expectation.

As the movie opens, Michael Bryce (Ryan Reynolds) receives an award for being the Bodyguard of the Year. It turns out to be a bad dream for him. Bryce is still dealing with the mental anguish of losing his Bodyguard AAA-rating and being unable to be employed in his dream profession: Being a bodyguard that protects the rich, powerful and famous. He goes on vacation at the behest of his therapist. He vows to kill no one, use no guns and think nothing of being a bodyguard.

Sonia Kincaid (Selma Hayek) ruins his sabbatical and drags him along on a mission to save her husband Darius Kincaid (Samuel L. Jackson). We find that Bryce is still annoyed at Darius for ruining his career and Sonia is still the same potty mouthed and short tempered firecracker from the first film. As a result of the rescue, the three of them are drafted into a different mission by an Interpol agent who dreams to transfer back to Boston, Bobby O’Neill (Frank Grillo).

Generic megalomaniac villain, Aristotle Papdopolous (Antonio Banderas) is looking to destroy the European Union because of the economic damage they have done to Greece. The trio of Sonia, Bryce and Darius are tasked by O’Neill to stop him.

“Your mouth needs an exorcism,” Bryce observes as Sonia goes on a rant that is full of curse words both in English and Spanish. I once complained that Those Who Wish Me Dead was littered with the word “fuck” and that complaint was because of how serious that movie took itself and how the “fucks” did not work in that context. There are a magnitude more “fucks” in The Hitman’s Wife’s Bodyguard and each and every one of these “fucks” is used in the most fucking perfect way for the most fucking impact.

The Hitman’s Wife’s Bodyguard is not as funny as the first film, but it does have quite a few hilarious moments and there are some serious laugh out loud moments also. The movie runs one hour and 40 minutes and that is the perfect runtime for this film. It never felt long and did not overstay its visit.

From my notes for the first film which is valid for this sequel: “The best part of the film is neither Jackson nor Reynolds, but Salma Hayek as Jackson’s wife. I thought the woman swore a lot in Sausage Party, but boy was I wrong. The cursing out of this woman’s mouth was like poetry – both in English and Spanish. She is hilarious in the film.” The reason to see The Hitman’s Wife’s Bodyguard is simple: Salma Hayek.

Ryan Reynolds is again playing himself. Samuel L. Jackson is doing the same and kind of seems as if he is not very interested in being in this film. Antonio Banderas is rather bland and forgettable in his role – his character is not very interesting and he also does not amp up his performance enough to be a memorable villain. Frank Grillo is, like always, entertaining (“No fucking sidebar or I’m punching you in the face.”)

The action in the film is done well enough to be entertaining. There are the requisite car chases, the bloody shoot outs and explosions to keep the movie moving along. But, the movie is most entertaining when Hayek, Reynolds and Jackson are on screen together bickering and swearing at each other.

Much like Michael Bryce’s dream of getting an award at the start of The Hitman’s Wife’s Bodyguard, I dreamt of getting a decent sequel. But, unlike Bryce who didn’t get the award, I actually got a pretty good sequel. If you were not a fan of the first film, you will not like this sequel. If you were a fan of the first film, you’re in for a treat with this truly violent and profane film, it is a load of awesome debauchery. So like Darius Kincaid says, “Tick tock, motherfucker” what are you waiting for? 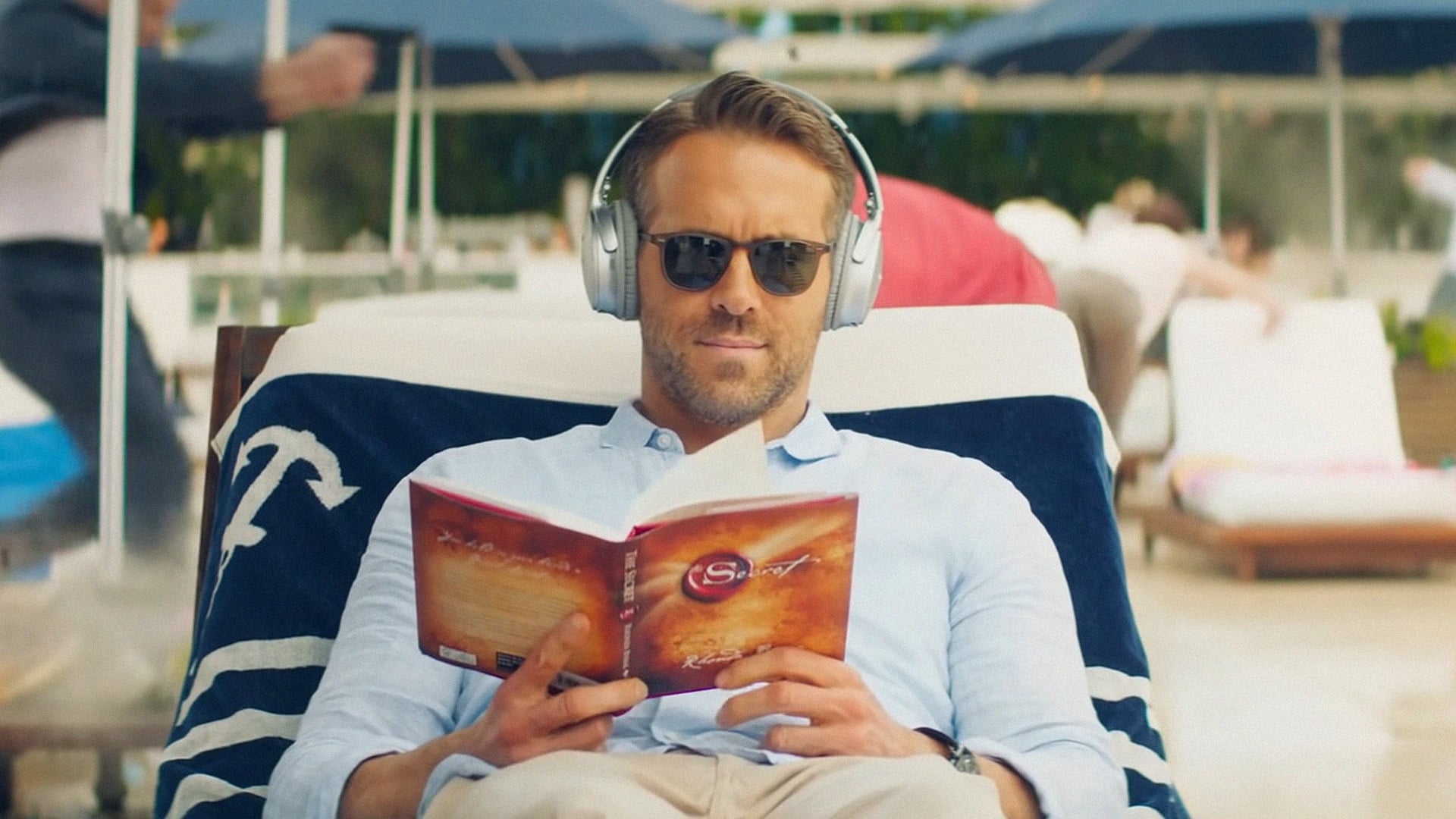 The ending was hilarious.

Setup for a third film? Maybe.