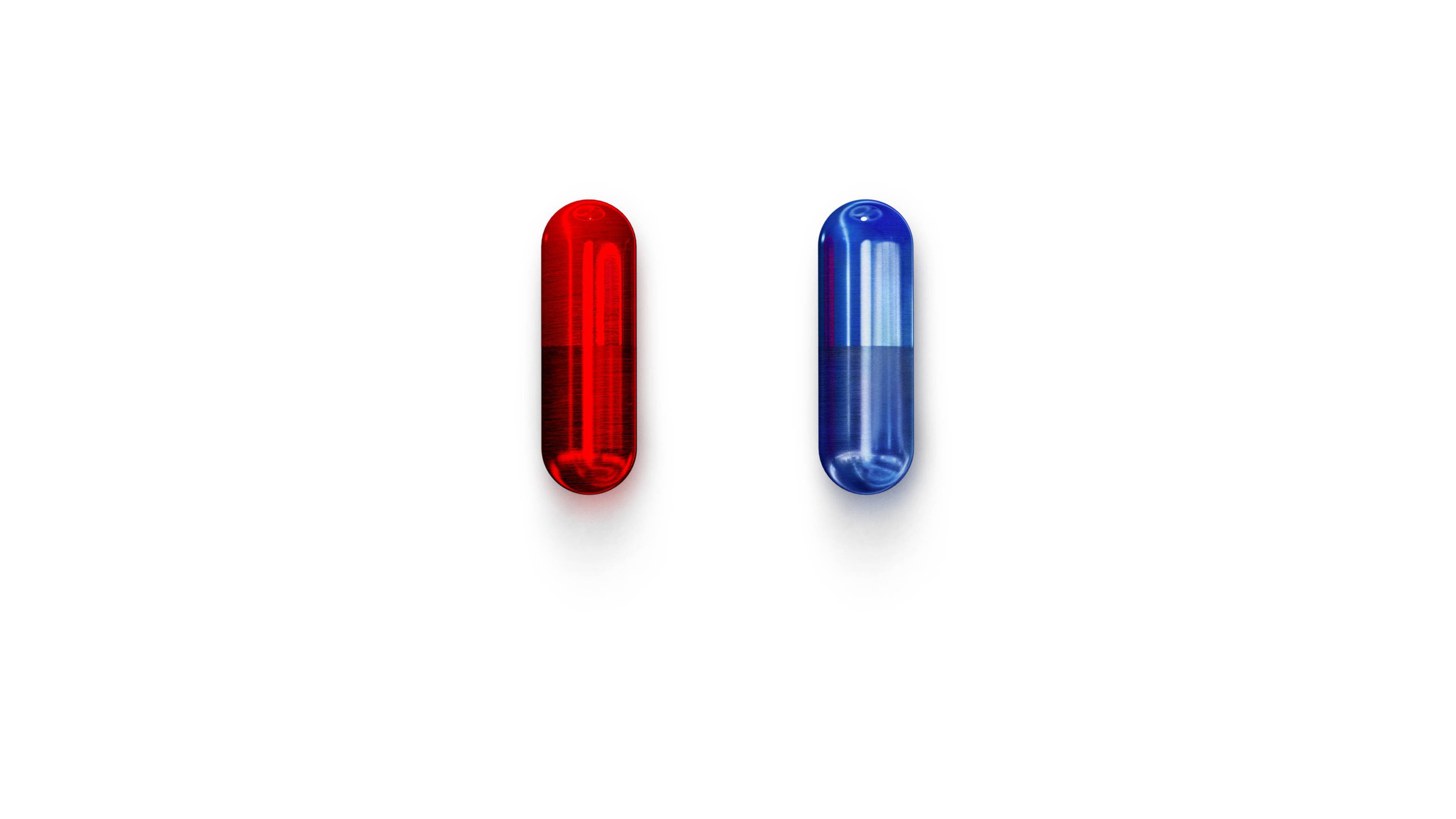 The original Matrix movie was a genre changing movie that melded stunning visuals, visceral action and philosophy into a movie that was wildly entertaining, highly memorable and has embedded itself into the consciousness of society. It is a movie that has laid the groundwork (both technically and creatively) for many films after it to build on and pay homage to. I am unabashedly a fan of the original. I never liked the two sequels and I would have been very happy if The Matrix was a solo film. The ending to The Matrix with Neo flying off is a perfect ending. So, after two unnecessary sequels, is a third sequel (and soft reboot) really necessary or is it a mindless cash grab by Warner Bros.?

As we re-enter the Matrix universe, we are shown an almost shot-for-shot recreation of the original film’s opening. After this opening, we find ourselves with Thomas Anderson (Keanu Reeves) who is the game designer that created The Matrix trilogy of games – which explains the first three films. This was a very meta moment and would have been great as it was, but writers Lana Wachowski, David Mitchell and Aleksandar Hemon continue cheerfully (and maybe sarcastically) down the meta road. At one point the man in charge of the games, Smith (Jonathan Groff) tells Anderson:

“Things have changed, the market’s tough. I’m sure you can understand why our beloved parent company Warner Bros. has decided to make a sequel to the trilogy. They informed me they’re going to do it with or without us.”

In a very real way, I’m sure this poke in the eye at Warner Bros. was not unwarranted and I can only imagine this is the reason Lana Wachowski signed on to write and direct this fourth film in the series – instead of leaving the legacy of her and her sister’s creation to someone else, she decided to take the project on.

Resurrections leans hard on fan service and nostalgia – to the point of being its biggest fault as the fan service and nostalgia is laid on very thick at the start of the film. There are a lot of visual callbacks to the original films, including actually footage from the films worked into this one. At some point, the use of original footage felt lazy, even if it did do its job to inform those who haven’t see the original trilogy (at all or in a long time).

The Matrix Resurrections is a love story at its heart, the story about the bond between Neo and Trinity (Carrie-Anne Moss). The Matrix apparently needs their love to keep human minds in control and their bodies warm to continue to generate electricity. When Bugs (Jessica Henwick) discovers that Neo is alive, she accidentally befriends the new Morpheus (Yahya Abdul-Mateen II) in order to find a way to “wake” Neo up to the fact that he is The One. Running the new Matrix is The Analyst (Neil Patrick Harris) who purged the Matrix and replaced it with the whole “love will save the Matrix” formula.

Lets get the good things out first. Jessica Henwick is absolutely wonderful in the film as Bugs, she needs to be in more (and better) movies. If you haven’t seen Love and Monsters yet, watch that movie to see her in a much better movie.

Keanu Reeves is fine in the film, though his age is showing especially during the action scenes where he either fights slowly or spends most of his time holding his hands up to block things (or Force Push them). He also says “Yea” an inordinate amount of times in the film for some reason.

Jonathan Groff is very memorable as Smith and does a good job being menacing. Yahya Abdul-Mateen II pays homage to Laurence Fishburne with his interpretation of the new Morpheus, which he owns and is great at. Though, he is not Fishburne and I wish they could have found a way to bring Fishburne back again – outside of a statue.

Lastly, the extended cameo by Chad Stahelski in the film is awesome – he was Keanu Reeves stunt double in first film and also the director of the John Wick series.

Now to the stuff I did not like. For a movie that is based on the idea that love will save the day, the onscreen chemistry between Neo and Trinity was completely missing. Carrie-Anne Moss also seemed like she was just on set to collect a paycheck.

There is an extended scene with The Merovingian (Lambert Wilson) and his gang which felt cheap and out of place. The feel, look and energy of this extended scene reminded me of a scene out of Batman Forever (not a good thing). This sequence with The Merovingian along with the following fight with Smith was disjoint and lacked any kinetic energy – in other words, it was dull beyond belief. The fight scenes in The Matrix were shot wide with very little special effects and cuts, the action scenes in Resurrections pale in comparison.

Niobe (Jada Pinkett Smitt), remember her? No? You’re not the only one since she was a throwaway forgettable character from the sequel films. Niobe makes a return in Resurrections and it is not a good thing. Niobe is annoying and a sore thumb in the film (along with The Merovingian). The failure of the character cannot all be chalked up to how the character was written (badly), but fault lies on Jada Pickett Smith also. She does not convey anything close to being a wise leader, she only conveys anger.

Near the end of the film, though hinted at in the rest of the film, it unexpectedly turns into a horrible zombie film. I get it, swarms are like zombies, but to turn a large stretch of the movie into a zombie escape movie was just plain weird. It left me thinking: Huh?

The original Matrix movie was visually inventive (they even make a point in the movie to talk about bullet time in Resurrections), but special and visual effects have improved so much in the 22 years since the original films release that it is hard to do something visually impressive nowadays. Resurrection has no new visual inventiveness about it and nothing memorable – especially nothing as memorable as bullet time.

The use of what looks like old 80’s style slow motion in the film is annoying and out of place. I would love to understand what drove the artistic choice of using that style of slow motion.

There is a post credits scene, it’s not very good.