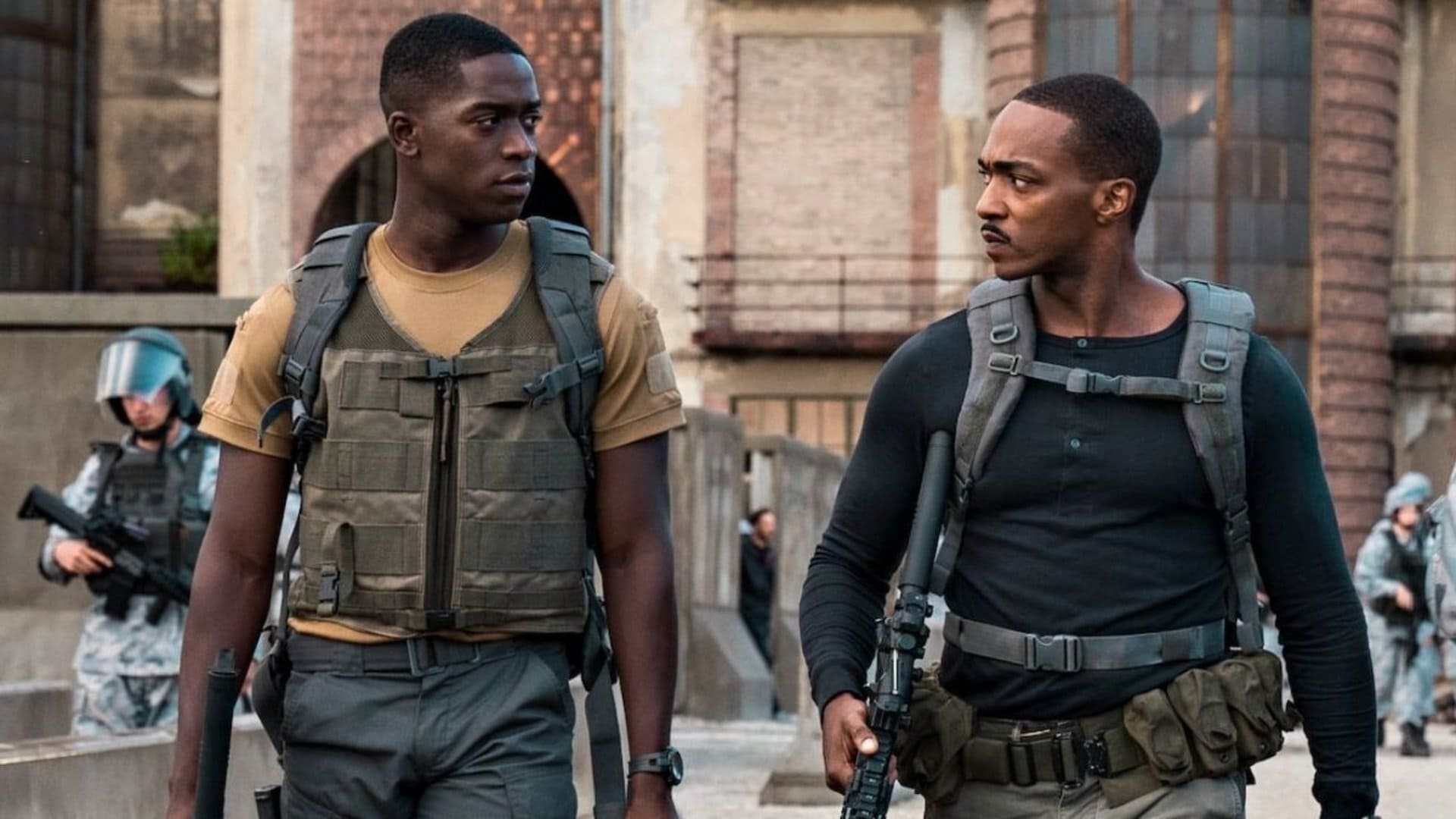 I was unaware of what I was going to watch when I started streaming Outside the Wire and it was a bit uncomfortable watching a film in the current time that uses the backdrop of Russians invading Ukraine with the threat of nuclear war.

After drone operator Harp (Damson Idris) ignores a direct order and causes collateral deaths, he is sent to receive field training from Captain Leo (Anthony Mackie). Leo, it turns out, is a cyborg that is embedded with the US military in the DMZ inside of Ukraine. Together the two are on the hunt for a Really Bad Guy name Koval who is driving the assault on the people of Ukraine.

Outside the Wire attempts to tackle big questions superficially. Should the military use armed AI robots in the field of combat? What happens when warfighters are thousands of miles away and killing people using drones? Does this disconnect them from the actual horrors of the battlefield? I can tell that at some point, the writers and filmmakers really wanted to talk about these issues. In the end though, it all gets left to the wayside and replaced with action sequences. It is ironic that a film which brings up these questions with a hint of anti-war messaging degrades so quickly and dives straight for bloody and stylized violence.

It was hard to be engaged with the film. The main character, Harp is an unlikable arrogant ass who does not learn a thing throughout the film – his character arc is circular, especially given the weak cowardly ending that the film has.

The character Leo is much more interesting and Mackie does well with the character – more on Leo in the spoilers section. Leo says in the movie, “I can do this all day.” This seems like a very sly reference to Chris Evans’ Captain America.

The special effects in Outside the Wire were above average and well done.

Outside the Wire is another below average Netflix Original film. There are some interesting ideas in the film that the filmmakers could have easily explored, but instead they did not. That leaves us with a loud, vapid and empty movie. I would not recommend this film, especially given how the film ends.

There’s a lot of talk about trust in the film. This was not a very elegant nor subtle way of trying to emphasis that Leo is a manipulative AI. Having said that, I really liked the idea of Leo being a manipulative AI. Yes, this has been done before, think Terminator, but this is the first time that I remember a whole movie was dedicated to the idea.

Harp being an arrogant ass made it very hard to empathize with him when he realizes that Leo played him and turned him into a pawn when he should have been in charge. Actually, it made me happy that Harp got taken advantage of – probably not the intent of the screenwriters.

Outside the Wire was unable to fully commit to a real ending where Harp dies because he sacrifices himself for the greater good. The standard American happy ending for Harp was disingenuous.