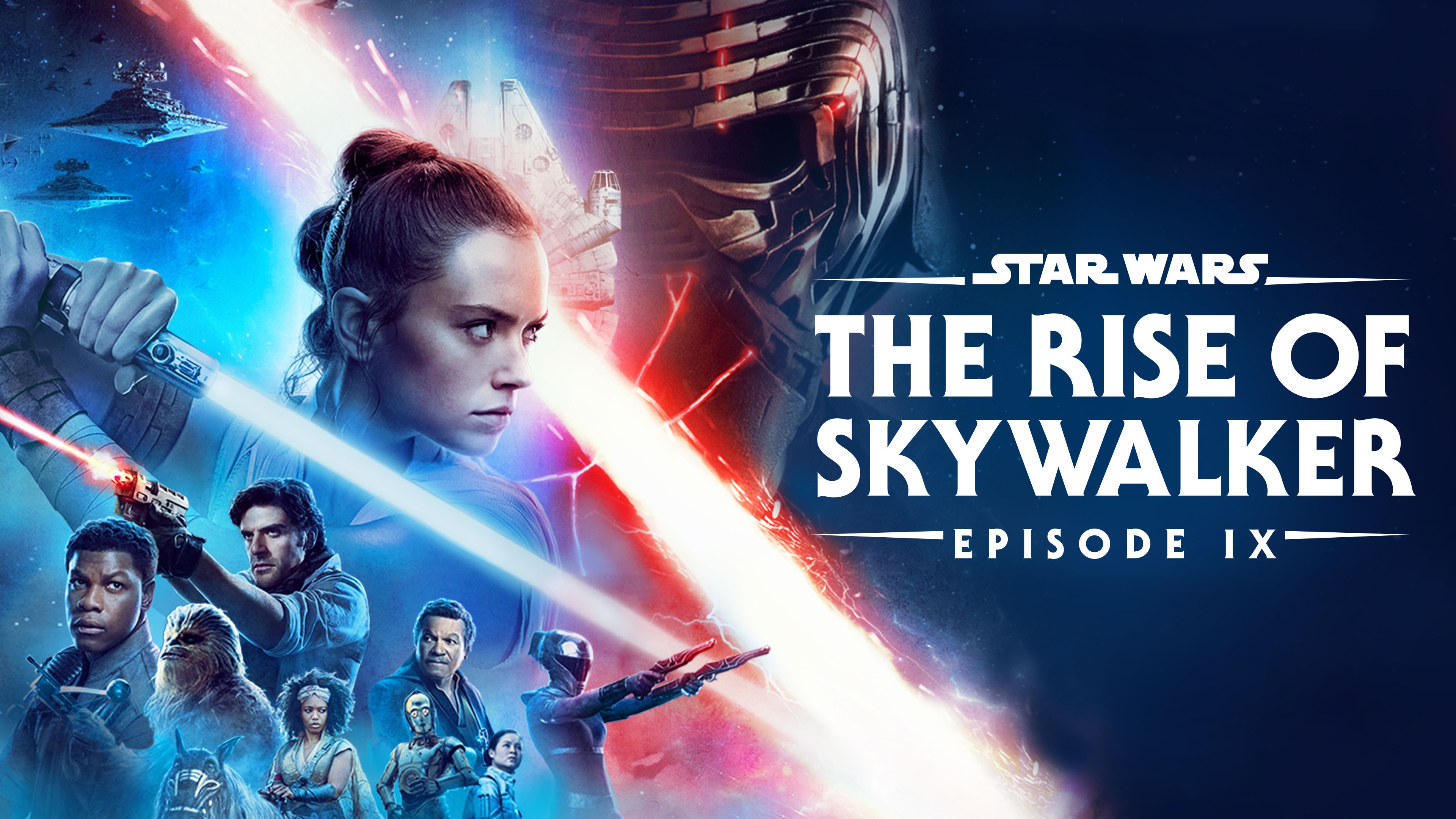 This review was originally written on December 29, 2019 after I saw the film in the theaters. There are updates as I watched it again on the big screen, then twice on 4K UHD Blu-ray – the latest viewing tonight as part of Family Movie Night.

I am a huge Star Wars fan because of the characters, adventures and fun, so I am quite a bit more forgiving about these films than critics and other hardcore fans. I liked this film for the Star Wars spirit of fun and adventure, even though there are large problems with the film in general. This film, unlike The Last Jedi is fan service and as such, it succeeds splendidly. Unlike The Last Jedi, this film is not interested in exploring the deeper ideas of the Star Wars lore – such as the role of Jedis – instead, it is only interested in fun and adventure. I did not like how this film retconned a lot of the ideas from The Last Jedi.

Other issues I had with the film is the reduction of screen time for the Rose Tico character which seemed to have been setup as a main character in The Last Jedi. The Keri Russell character was interesting, but really, only show her eyes?

The film doesn’t take any risks at all and for the most part brought back to life characters that it kills a few minutes later, which spoils the emotion of the death. C3P0 gets his memory wiped in a very emotional scene, only to have it restored a few scenes later. Kylo Ren is killed by Rey, only to have her bring him back to life. Chewbacca is “killed” in the transport, only to come back to life because Finn couldn’t keep track of which transport was taking off or that there were two transports. Rey is killed in the final fight only to have Ben Solo bring her back. I get that this is fan service, but if you’re going to kill a character, have the courage to follow through with it.

The Knights of Ren were a bit of a disappointment. There should have been more about them.

All that being said, there is a quick pacing to the film and a certain energy to it all. The film is almost 2.5 hours long, but never really felt like it. There’s enough space battles, speeder chases, lightsaber battles and adventure to make the film go by quickly.

Poe Dameron on the dessert planet was Nathan Drake from Uncharted, unsee that. Finn being Force sensitive was something that was hinted at in The Force Awakens and I am glad that they came back to make it clear that he is. Rey being Palpatine’s grandchild was something that I had thought about after The Force Awakens, but then dropped after she was told that she was the child of nobodies in The Last Jedi. Which path is more palatable? The child of nobodies one, but oh well on that. While I am glad that they brought Carrie Fisher back via old footage, the integration of that footage always looked a little off. I was genuinely surprised to see Harrison Ford back for some quick screen time. There was a blink-and-you’ll-miss-it cameo by John Williams – who’s score for the film is one of the better ones of these trilogies because it brings back so many of the themes from the original trilogy and mixes them with the new trilogy.

Kylo Ren/Ben Solo’s character arc from the first film to this one was satisfying as it was handled well. Rey’s character arc wasn’t as satisfying, but still it was okay. Poe and Finn, while getting a lot of screen time in the trilogy didn’t have much to their arcs and their promotions to Generals wasn’t earned nor done well.

I would have loved to seen what Colin Trevorrow (who retains a writing credit on this film) would have done with this film had he been able to work on it as a director and screenwriter.

So, in the end, I enjoyed The Rise of Skywalker. In this trilogy, it would come in last of the three, but it was still enjoyable. The Last Jedi continues to be the best of the series with The Force Awakens being in second. This trilogy mirrors the original trilogy in that respect with the middle film being the darkest and best of the trilogy, the first film being second best and the last film being last.

The Star Wars films are a lot like the Marvel films in some respect. They break down to two types: Smaller character driven films (and TV shows) like Solo, Rogue One, The Mandalorian and Rebels. Then there are the larger “galaxy at risk films” which are the mainline films. Just like the MCU, I prefer the smaller character driven projects more. They are more interesting being focused on the characters and more manageable risks. The smaller projects also explore parts of the galaxy that are dirtier, more lived in and darker. That interests me.

Watched with the kids. This is still an entertaining film. Everything I wrote about two days ago stand. I forgot to write that I really like that they finally gave Chewwie his medal!

Watched on 4K UHD Blu-ray and the transfer is one of the best I have seen. It comes from a 4K DI and it really shows.

I am not sure why the reviews of this film are so low. This might not be the best of the Star Wars films, but it is far from being the worst of the films.

There is some serious love shown to the animated show Star Wars Rebels in this film. Not only is Kanan Jarrus’ voice part of the end part with Rey, but the Ghost ship shows up in the final battle scene and also is shown landing at the base at the end of the film. I never noticed the first two times I saw the film, but I saw it this time on Blu-ray.

One of the things that I have come to think about with this film is Ben Solo. While he comes around to be “good” in this film with the sacrifice that his mother makes, it does not clear him of his past behavior.

This was the Family Movie Night film for June 2020 (and also for Father’s Day and also for my birthday).