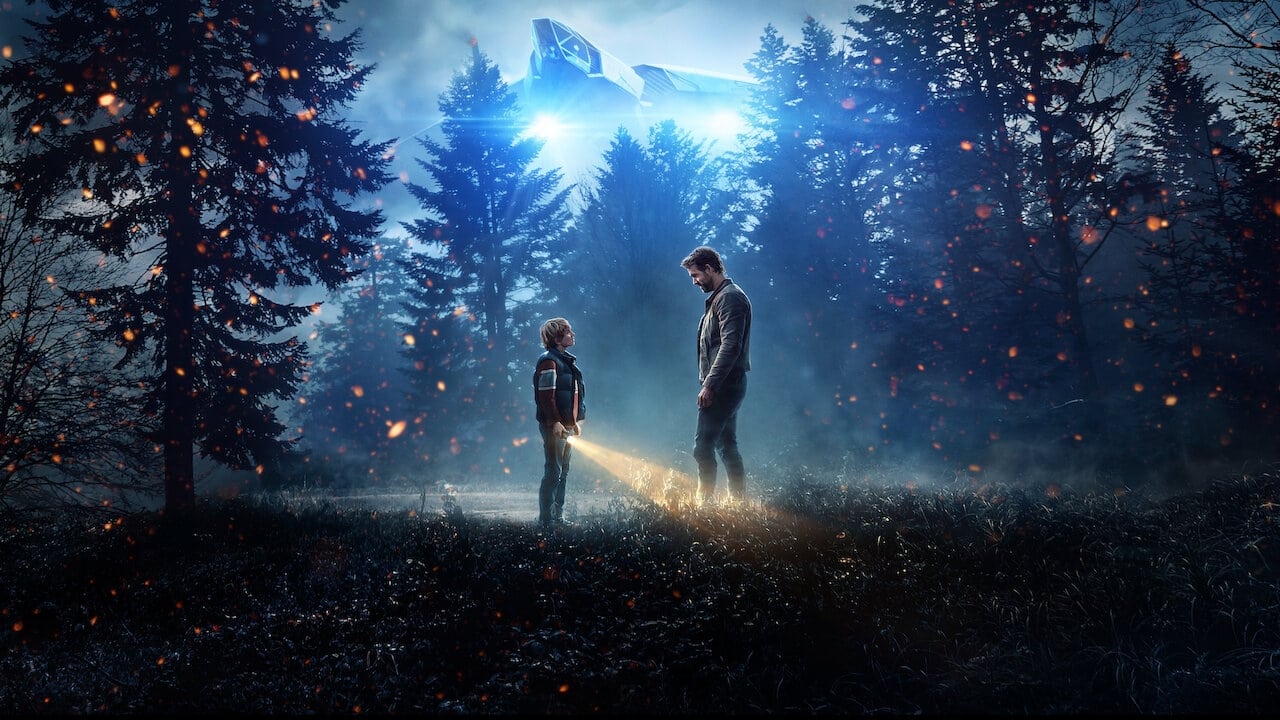 Coming into The Adam Project, I was a bit skeptical. This is the third Ryan Reynold’s Netflix Original film and the first two that I watched were not good (6 Underground and Red Notice). I did have some better expectations though, because The Adam Project is another collaboration between Ryan Reynolds and director Shawn Levy (Free Guy).

As the movie opens we find ourselves in the midst of a jet chase with Adam Reed (Ryan Reynolds) stealing – no borrowing, a time jet that will allow him to go back into the past to save someone. He ends up in the present day where his younger self (Walker Scobell) is still grieving the loss of his father, Louis Reed (Mark Ruffalo) who was a brilliant quantum physicist. Young Adam lives with his mother (Jennifer Garner) who herself is struggling with grief and trying to maintain a steady life for herself and her son.

We find out that adult Adam is out to save someone (Zoe Saldana), but on his way he needs to also stop the villain of the film, Maya Sorian (Catherine Keener) who has turned the future into something worse than the future in The Terminator (the movie’s observation, not mine).

The plot about saving the future was derivative at best and was just enough to string along the movie from start to finish. The time travel stuff is not delved into deeply and explained away early on in the film. The writers did not come close to putting as much thought into time travel as Back to the Future. Time travel in The Adam Project is only a plot device to make its premise happen: What if you met your older/younger self and went on an adventure with them? The Adam Project won’t win any awards for originality.

What really makes The Adam Project a thoroughly enjoyable movie is its sense of fun and the interactions between the characters. Ryan Reynolds and new comer Walker Scobell are great onscreen together. And they each did a good job picking of up on and emulating each other. Scobell was believable as a bratty and younger version of smartass Reynolds. Things get even better when Mark Ruffalo enters. The trio amplify each other onscreen and it is awesome to see.

The movie is so fun and moves at such a pace that there are some rather large plot holes that can be forgiven or overlooked (like the bullet).

This is the second movie that Mark Ruffalo and Jennifer Garner have been in together – the other was 18 years ago in 13 Going on 30. They had great onscreen chemistry back then and they still have it now. Jennifer Garner is absolutely fantastic in The Adam Project.

Rob Simonsen’s score for The Adam Project is touching and well done. I recently heard another one of his scores in Ghostbusters: Afterlife.