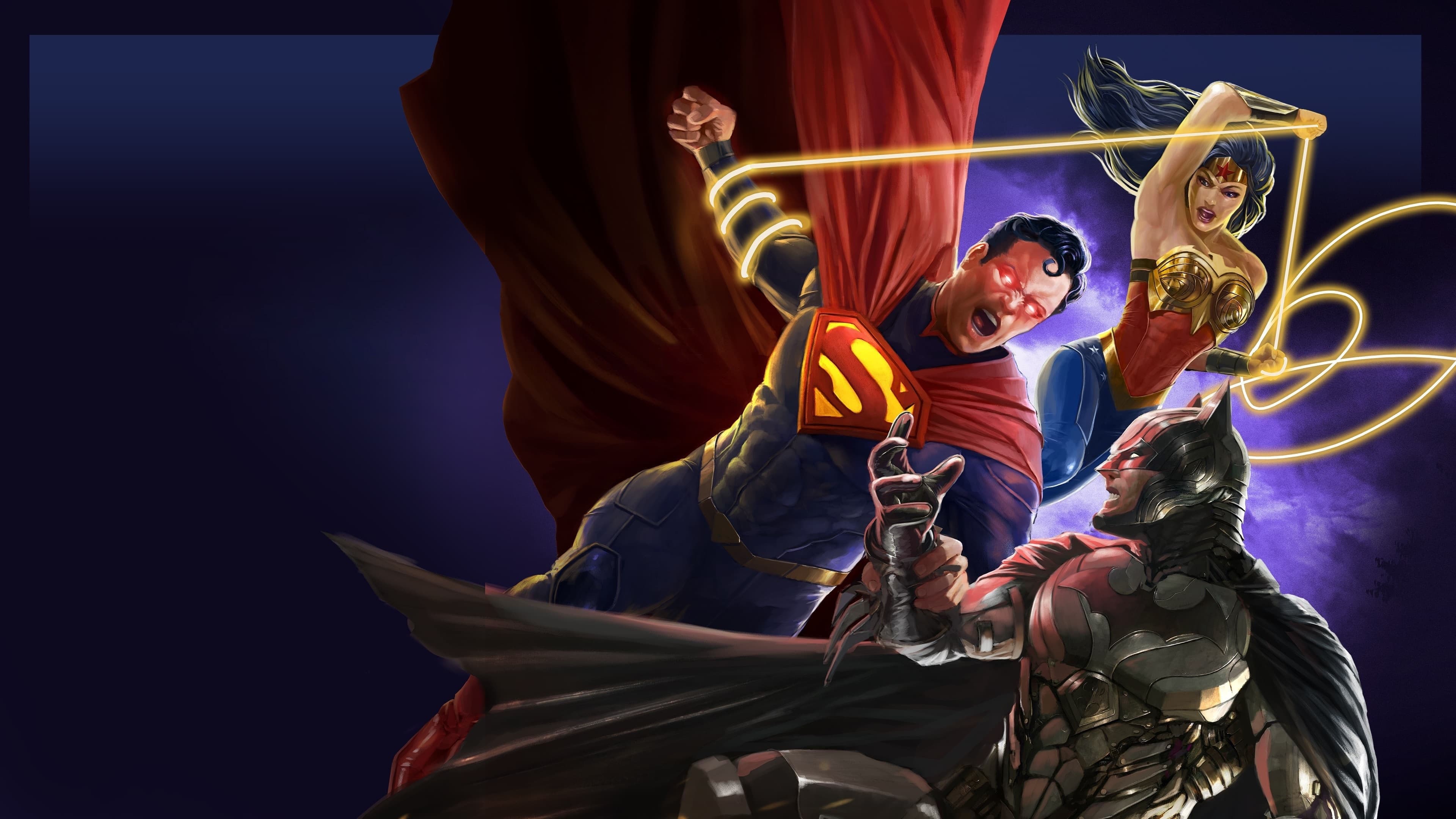 What if an all powerful alien, whom the Earth has accepted as pure, good and a protector, turned bad? That was the thought-provoking question that the 2013 fighting game Injustice: Gods Among Us asked. How does the animated movie based on the game (and its follow-up comics) fair?

The Joker (Kevin Pollak) devises and executes his ultimate plan to beat Batman (Anson Mount). The Joker has found a way to corrupt the world’s favorite boy scout, Superman (Justin Hartley) and push him over the edge, turning him into a fascist tyrannical overlord. Not everyone on the Justice League agrees with Superman’s ways, especially Batman. Batman leads a set of heroes to try to stop Superman.

The voice acting in Injustice is top notch, just like it is in most DC Animated movies. The animation though is subpar. There is action strewn throughout the movie and it is dynamic enough to be entertaining.

Injustice only takes from the game the core idea of Superman becoming tyrannical. Much of the rest of the story has been changed – and not for the better. Injustice squanders the opportunity to explore deeper ideas and philosophical questions about how much can we rely on an all powerful entity to protect us and what happens when they turn against us. Instead we get some action sequences and some misplaced humor.

The tone of the movie is much lighter than the game and the humor was very weird. The humor is strange given that this is a movie about an all powerful alien that is flying around killing people. The game was dark and dove head first into the philosophical questions and did not flinch. The movie seems unwilling to go very deep in exploration.

Injustice tries to shove too many story ideas and characters into a very short 75 minute runtime — and that is an injustice. The movie and characters all end up feeling hollow because nothing is given time to develop. We don’t get to understand Superman’s deeper motives and why he has turned a 180. Yes, what the Joker to Superman as the movie opens was the starting point, but for a guy who is basically pure and good, the turn from good to bad was too quick and unbelievable. The ensemble cast of super heroes get no time to develop either – Batman is Batman, but Wonder Woman has a unbelievable turn in the movie after being Superman’s cheerleader for most of the movie.

Injustice is a movie that could be a distraction if there was absolutely nothing else to watch. If you’re a fan of the games or comics, you maybe disappointed by the movie adaptation. I do think that WB and DC should have adapted Injustice into an animated series and given the core ideas, characters and story room to grow and develop.